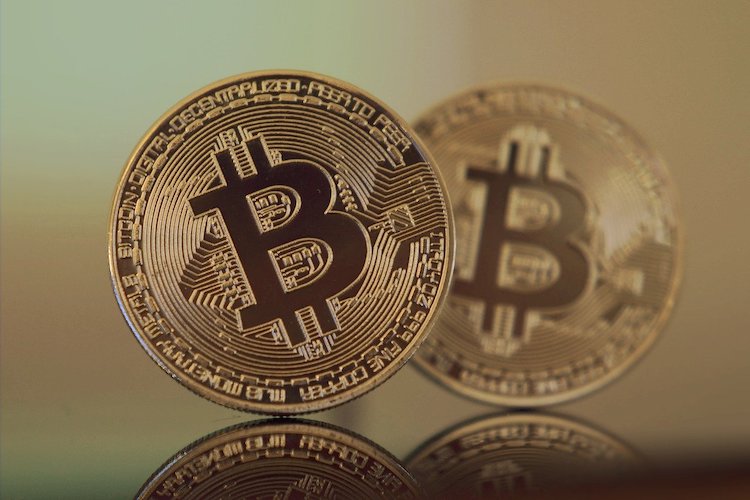 Some of the links in this post are from our sponsors. We provide you with accurate, reliable information. Read our Advertising Disclosure.

Since its inception in 2009, Bitcoin has been a rather expensive cryptocurrency to purchase, and its price has gradually increased over time. Why is this?

The answer to why Bitcoin is so expensive can be found in the underlying nature of bitcoin itself: bitcoins are not issued from a central bank or institution but can be created by anyone with a powerful enough computer through a process called mining.

There’s only a certain number of Bitcoins in existence (21 million). Each one can also be divided into 100 million smaller parts (“Satoshis“). In simple terms, when there is only a limited amount of something in existence and when people want more of it, its value goes up.

This article will explain why the high price of bitcoin and how it’s different from traditional fiat money.

What Makes Bitcoin So Expensive?

The limited number of Bitcoin in circulation is what makes it so valuable, but this poses a problem when it comes to purchasing the currency.

The supply limitation of Bitcoin makes it as expensive as it is. Since there will only ever be 21 million bitcoins in existence, every single bitcoin is more precious than fiat money. This causes Bitcoin to be worth more and ultimately drives up the price.

Since there are fewer bitcoins available for purchase than there were just ten years ago, it necessarily follows that each individual bitcoin is more expensive than before.

The limited supply also means that the price of Bitcoin rises over time as well. The more demand there is for Bitcoin, and the less supply exists, the higher the price goes.

This explains why Bitcoin has become so much more expensive over time. Unless you had enough money saved up to buy a significant amount of Bitcoin ten years ago, you would likely have to buy fewer bitcoins today because they are simply too expensive.

According to predictions, the last bitcoin will be mined in the year 2140. The quantity of bitcoin is predetermined at 21 million coins. This is set by bitcoin’s source code, which was created by Satoshi Nakamoto and cannot be altered.

Demand vs. Supply of Bitcoin

Although it may not seem intuitive, the price of Bitcoin is largely determined by how much people are willing to pay for it above its market value.

The bitcoin market has been very volatile since its inception in 2009, with rates swinging anywhere from being worth pennies to being briefly worth several thousand dollars each.

This appreciation of value is what makes many investors want to trade BTC for fiat currency like U.S. dollars or Euros, which can be used to buy other cryptocurrencies or traditional goods and services where they are accepted as legal tender.

The supply/demand relationship is particularly unstable when you consider that supply is limited to 21 million coins, with about 19 million of those BTC in circulation currently.

Many economists agree that the price volatility is due in large part to being unregulated and not tied down by forecasting or prediction markets, which has resulted in a currency that’s valued entirely on its worth as perceived by the market at any given time.

With massive swings – both up and down – it can be very risky for investors to trade large amounts of their fiat currency holdings into cryptocurrency unless they are planning on holding onto it for years rather than trading it back out to U.S. dollars or other fiat currencies like Euros anytime soon.

How is Bitcoin Different Than Fiat Money?

Buying and selling bitcoins is based on supply and demand; If you want to buy something with bitcoin, the seller will set a certain price for which people can purchase bitcoin from him/her.

This means that if nobody wants to sell their Bitcoin for below the seller’s desired price, potential buyers must increase their offer until such a point where the seller has enough incentive to sell his/hers bitcoins.

Unlike fiat money, there is a limited supply of bitcoin, which means that the amount of bitcoins in circulation is constantly being reduced. This reduction might seem small to an individual person, but it adds up over time and reduces the total overall amount of bitcoins tremendously.

How Does Bitcoin Mining Work?

The first step to understanding why Bitcoin is so expensive is to know how it works. Bitcoin mining is the process by which new bitcoins are created. While people can buy or mine them, bitcoin miners have a significant role in the cryptocurrency ecosystem.

Bitcoin mining is the action of adding new Bitcoins to circulation. It’s also how the network confirms new transactions and is an essential part of the blockchain’s upkeep and advancement. “Mining” involves using sophisticated hardware to solve a very complicated mathematical problem.

“Mining” new coins simply means using a computer to run bitcoin’s source code, and, as payment for this computing power, the owner gets some bitcoin.

The more mining computers you have access to, the more bitcoins you can potentially get.  By using their computing power, they help verify transactions.

Once enough of them agree on a transaction’s authenticity, it gets added to the blockchain – Bitcoin’s public ledger of past transactions. This allows bitcoin software to determine when someone has paid for something with bitcoin and prevents double-spending.

Mining also creates Bitcoins themselves at a steadily declining rate that will eventually reach zero, upon which no further bitcoins will be produced after 2140.

The rewards for Bitcoin mining are reduced by half roughly every four years.  In 2009, when bitcoin was originally mined, obtaining one block earned you 50 BTC.

Bitcoin is expensive because it is not regulated and does not have accurate forecasting and prediction markets, resulting in a currency valued entirely through supply and demand.

Part of the risk for investors to trade their fiat currency holdings into bitcoin is due to its high price volatility.

When it comes to customer service, fees, safety, and overall customer satisfaction, Coinbase checks all of the boxes.